There was a email that went out with very little fanfare announcing that Dav Pilkey was coming to town. I love listening to authors, especially ones that kids love - so I was quick to add it to my calendar. The experience didn't disappoint. The theatre was filled by 1:45. THAT was disappointing - but luckily they quickly announced that he would do a second show so I stuck around. There was good entertainment in the library during the wait. There were parents and kids waiting around on the second floor of the library - a few impatient kids and a number of frazzled parents. It's easy to laugh and watch them when you're not the one with the frazzled kids!

He had a great presentation. 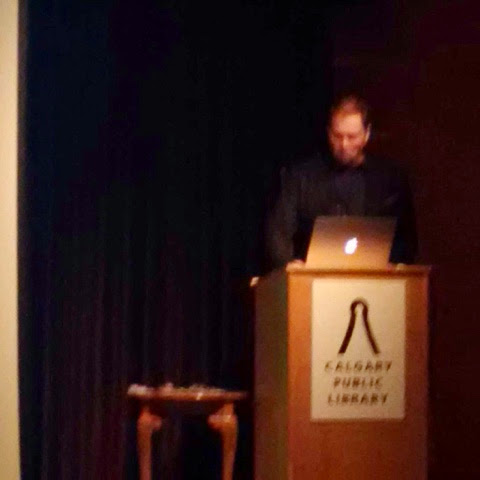 Dav Pilkey is a soft spoken and rather quiet fellow who has a great story. In his presentation, he told the story of his second grade teacher. Oh how I pray I'm never one of those teachers kids talk about years later!

One strong message he gave was to turn your differences into super powers. He has ADHD and dyslexia and really struggled in school, but he took his talents and became a great success. It is a wonderful story! He drew pictures of characters in his books then asked a question about the character. Kids got to keep the picture and also won a gift card and some other things. If only there was enough for every kid there.....they ALL seemed to know his books inside and out! 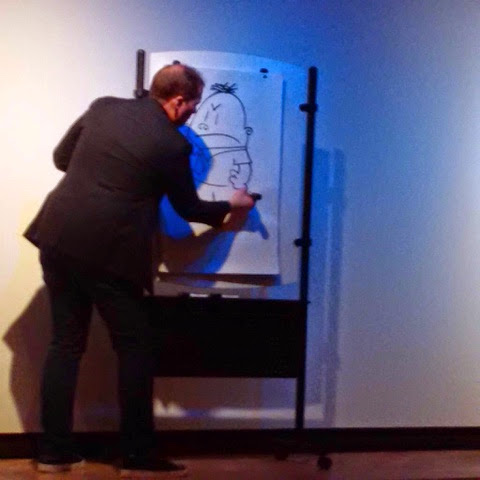 One of the things I love about these kinds of presentations is the audience. This audience was full of kids who knew his stories inside and out. They were so fun to watch as he interacted with them. There weren't any questions he could stump them with.

He showed us a picture of a cave where we actually wrote his Cave Man books. He has a house in Japan (his wife is Japanese) and he discovered this cave near his home. So cool! 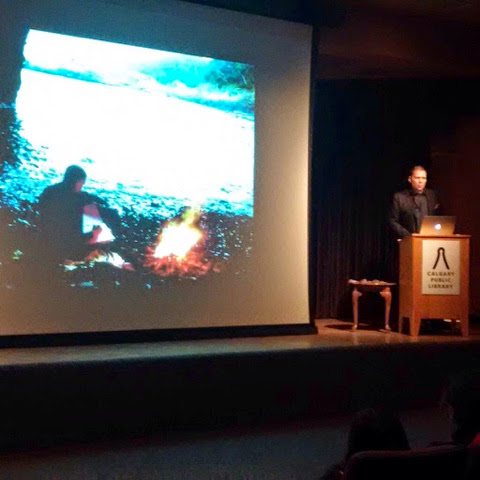 Some people like to poo poo his books. This is a great article on why kids should be given choice to read. I am a fan of books that get kids reading - and his books definitely do that.


I always wondered about his name - why there isn't an 'e' at the end. I learned that the spelling of his first name came from when he worked at a  Pizza Hut, when the "e" was omitted from his nametag. Even though it is spelled Dav, it is pronounced "Dave" (rhyming with "cave" and "brave").